They Made It Look So Easy on TV... 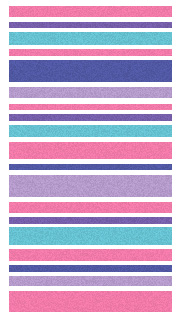 I inherited a vacation home from a family member and was desperate to update its outdated décor.

I saw a piece on television in which designers painted multi-colored vertical stripes onto the walls of a living room to give it interest and the appearance of height, which seemed like the perfect approach for the 'blah' and somewhat small guest room.

I spent many hours trying to choose the right colors, ultimately selecting navy blue and white for a subtle nautical theme.

The color selection was only the first of many errors I made in the process.

To those considering a similar project, avoid something that’s a contrast of a very dark shade with white! Not only were mistakes in my lines terribly un-crisp (they instead turned an almost baby blue color), but the room ended up looking quite reminiscent of a jail cell!

The other primary problem with the project proved to be the taping. In order to ensure clean, even lines, the designers on the TV show (well, in reality, the people who did the work for them off camera!) had measured out even increments and used painters (masking) tape to separate out the sections.

Unfortunately, in real life, it was nearly impossible to get the tape applied fully straight and evenly spaced. And once the paint had dried, I may have left the tape on too long because some of the paint came up along with the tape as I pulled it off.

I wish all the best to anyone else attempting a similar decorating project. But if you find yourself frustrated and in need of a break, feel free to come visit me – you can stay in my newly solid navy blue guest room!

I know exactly what you mean Erica.

I have also tried to paint stripes on a wall and it is much harder than it looks. The picture above is a wall panel in my home that my daughter and I painted - let's just say it looks better from a distance...

Join in and write your own page! It's easy to do. How? Simply click here to return to Decorating A Vacation Home. 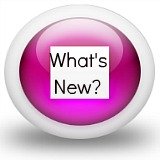